All Sato Rescue (ASR) is a nonprofit organization dedicated to improving the lives, and reducing the numbers, of abandoned dogs in Puerto Rico. (Sato is Puerto Rican slang for a mutt.) We rescue and rehome Satos, and we also strive to address the root causes of overpopulation, abuse, and neglect through initiatives aimed at raising public awareness, facilitating low-cost spay and neuter, and expanding the involvement of the judiciary and government in implementing humane solutions. 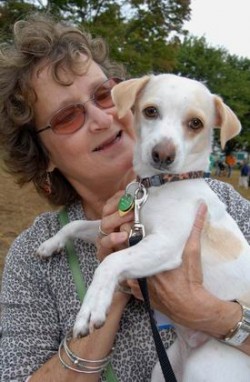 Edilia has been involved in animal welfare issues in Puerto Rico for decades. She is a veteran rescuer, who has personally taken hundreds of dogs and cats off the streets, nursed them back to health, and found them loving homes. But her work for animals extends even beyond rescue. She is dedicated to addressing the underlying causes of animal overpopulation, abuse, and neglect on the island. As an attorney, she is a founding member of the Animal Rights Commission of the Puerto Rican Bar Association. She helps judges prosecute abuse cases and works with lawyers and law students to help them understand animal law. She also works closely with state, national, and international animal welfare organizations to develop programs and policies. A tireless lobbyst for animal issues, she also works with government officials to advise on policy. She is currently developing a pilot program to introduce low-cost spay and neuter clinics to an economically depressed section of San Juan.

Aaron first started working with All Sato Rescue in late 2011 after taking a vacation to Puerto Rico that year. He was saddened to see so many strays and was determined to get involved. Aaron handles social media and media relations to help spread the word about the conditions in which these dogs live, and what is being done to improve those conditions. He also handles a variety of other assignments to help us care for the sweet Satos in our foster network. 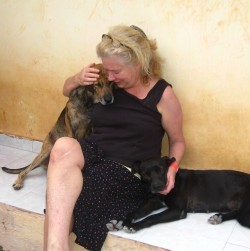 Twig learned about the plight of Satos after she adopted Rico from the Northeast Animal Shelter in Salem, MA. Rico changed her life. A journalist by training, Twig began writing about the issue. Her stories have appeared in Bark and the Boston Globe Magazine. She has also worked to bring the deplorable situation faced by animals in Puerto Rico to the attention of the national media through story placements in the New York Times, People Magazine, and many other outlets. A long-time animal advocate, she has worked to help end greyhound racing in the United States, and, in addition to her work in Puerto Rico, has been on missions for animals in Mexico and Bali. 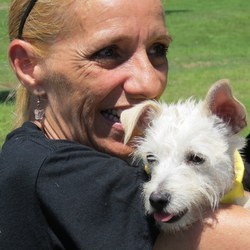 Maru works closely with Edilia doing hands-on rescue and ensuring that all the dogs in our care are receiving the medical attention--and love--that they need. She has personally rescued hundreds of Satos and nursed them through terrible health ordeals. Maru also works closely with the many other individual rescuers and rescue organizations that we assist, ensuring that every animal receives the appropriate medical protocol. She is constantly educating people about responsible pet ownership and the importance of spay and neuter and she is an important mentor to the next generation of animal rescuers in Puerto Rico. Along with Edi, she manages the hundreds of logistical issues associated with each and every transport, making sure that as many Satos as possible are able to complete the last leg of their journey to a forever home. 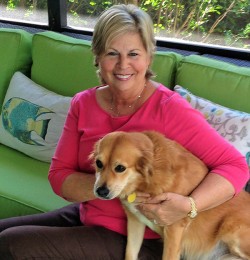 Jean has been involved in animal welfare for over 20 years. As director of development for the Monmouth County SPCA, she raised crucial funding for the organization through grant proposals, donor contact and fundraising events. After retiring, she co-founded Project Animal Worldwide in 2009 after a trip to Puerto Rico.

Jean lives in Sarasota, Florida with her husband Harvey, her Maine Coon cat Moab who was born under her desk at the MCSPCA in 2000 and Latte, a very delicious Sato. 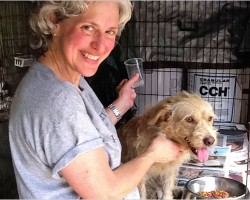 Ellen is currently the Director of Finance for the Monmouth County SPCA in Eatontown, New Jersey, an organization she has been affiliated with for the last twenty years. Ellen co-founded Project Animal Worldwide in 2009 and served as its President for two years. During that period she produced and directed the award-winning documentary, 'Spirit of the Sato, the Journey of Puerto Rico’s Lost Dogs.' Ellen lives in Monmouth County, New Jersey with her husband Hector and two Satos, Monito and Maize. 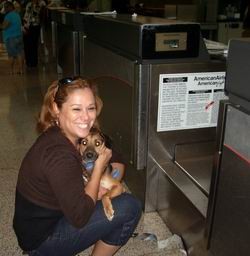 Like Edilia, Maritza is a long-time figure on the animal welfare scene in Puerto Rico. She has also personally rescued and rehomed hundreds of dogs and cats over the years. She is well known in Puerto Rico for her passionate advocacy of responsible pet ownership. She is particularly dedicated to promoting adoption as a preferred alternative to the purchase of an animal through a puppy mill or petstore. Maritza is also Executive Director of the Puerto Rico Humane Society, where she works to develop humane shelter standards and procedures and educate staff on humane treatment of the animals in their care. Maritza is constantly adding to her knowledge of animal care and animal behavior, participating in national and international training courses. She is often called upon to deliver presentations at international conferences, including a seminar/workshop at the 2011 Animal Care Expo. Read her interview with Adela Davila Estelritz Primera Hora 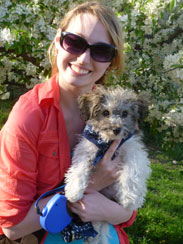 Danielle joined the All Sato Rescue team in the beginning of 2010 and has been active in the humane dog community since. Starting with the re-design of the site, she got to know all of the great work that All Sato Rescue continually does. With every happy ending and amazing makeover story she gets to share, she is so fortunate to be able to work with such a wonderful group that does so much in the face of an overwhelming plight in Puerto Rico. See more of Danielle's work on her site.

We are dedicated to improving the lives, and reducing the numbers, of abandoned dogs in Puerto Rico.

(Sato is Puerto Rican slang for a mutt.)